Cultural and Textual Exchanges: The Manuscript Across Pre-Modern Eurasia

This 2016–17 UI Mellon Sawyer Seminar was a yearlong interdisciplinary collaboration dedicated to mapping cultural exchanges across Eurasia from roughly 400 CE ­ ca. 1450 CE, by focusing on the development, distribution, and sharing of manuscript technologies. 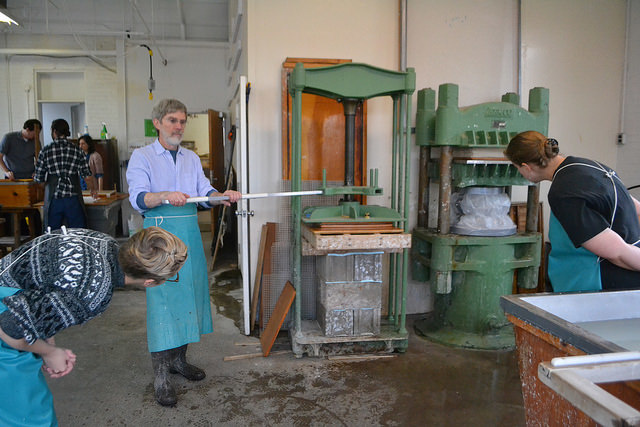 Funded by a major grant from the Andrew W. Mellon Foundation, with support from the Obermann Center, the seminar, Cultural and Textual Exchanges: The Manuscript Across Pre-Modern Eurasia, was led by Timothy Barrett (Center for the Book, Graduate College), Paul Dilley (Classics and Religious Studies, CLAS), Katherine Tachau (History, CLAS), and Postdoctoral Fellow Melissa Moreton. From October through May, 25 internationally distinguished scholars and conservators visited campus to share their expertise in the various manuscript cultures of pre­modern Eurasia.

The seminar was unique in that in addition to a yearlong series of public lectures (which can be viewed here), visiting experts also gave hands-on workshops. “We worked hard to make sure that hands-on manuscript-making workshop-style sessions were an integral part of the seminar," said Barrett, who leads the UI's Center for the Book in addition to being a master craftsman and paper historian. "We also invited book arts practitioners with expertise in papermaking, calligraphy, and bookbinding to become fully engaged with visiting scholars and manuscript conservation specialists. The result was an intriguing exchange of ideas and a lot more energized, I am convinced, than a purely academic conversation. At the UI Center for the Book, we’re continuing to find that this combination of specialists and the integration of hands-on exercises with scholarly discussion fosters an uncommon level of new learning for all concerned.” 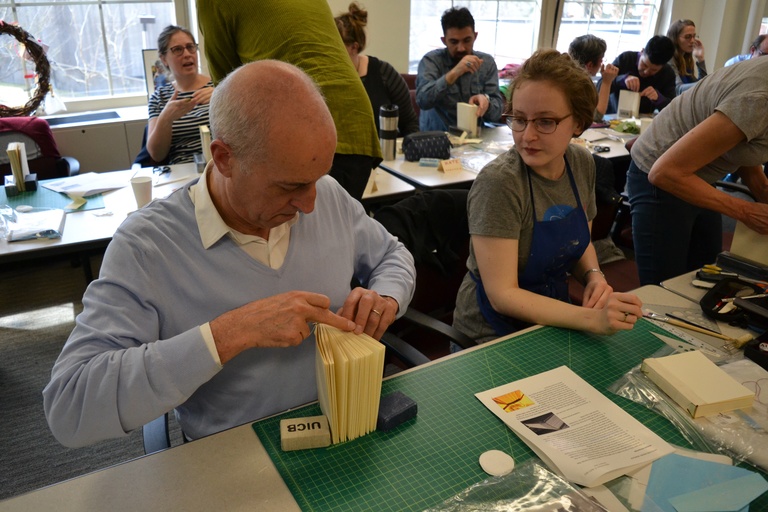 One participant concurred. Noting a highlight for him, William Johnson, Professor of Classical Studies at Duke University, said, "The papyrus manufacturing session run by Myriam Krutzsch finally made Hendricks’s theory on papyrus manufacture make sense to me, and taught me lots else besides."

Across Disciplines and Geographies

Bringing scholars together from disparate fields and geographic loci was also significant. Zoroastrian, medieval Afro-Eurasian, Pali, and Yemeni Zaydi manuscripts were among the many lecture topics.

One participant, Brent Nongbri, Visiting Associate Professor at Aarhus University, said, "The interdisciplinary approach of the seminar was definitely eye-opening for me. I've spent the last few years undertaking the challenging task of trying to get a handle on the unwieldy corpus of Greek, Latin, and Coptic books from the third to seventh centuries. Coming to the seminar and learning about later Arabic and Zaydi codices, seeing the similar sorts of codicological problems one encounters (construction, provenance, etc.), broadened my horizons in ways that I was not even aware I needed."

The Seminar group comprised University of Iowa and Grinnell College faculty and graduate students from Religious Studies, Classics, Center for the Book, Library & Information Science, and History. The group convened approximately 15 times over the course of the 2016–17 academic year. Five of the seminar meetings included workshops in which participants reproduced historically significant book structures with their associated materials under the guidance of book conservators and book binders.

“The highlight was the hands-on workshop by Dr. Gulácsi. Although I am not convinced by all of her arguments, I have not been part of such an inspiring discussion for a long time, involving colleagues from codicology, intellectual history, and religious studies covering three continents.” —Michael Friedrich, Professor, Universität Hamburg

“As a first-year MFA student at the UI Center for the Book, I found the Mellon Sawyer Seminar to be very impactful on my scholarly interests. From an artistic perspective, the Seminar caused me to think more deeply about the historical formats and visual systems of old book formats and how these can be drawn from in the crafting of conceptual work that takes on more contemporary issues.” —Suzanne Glemot

"The best aspect of the Seminar was its hands-on sessions that allowed us to really experience the materials of the bookmaking world... Overall, I was very impressed with the Seminar and appreciated the hybridization of the discussion between historical and artisan approaches to book study." —Participant 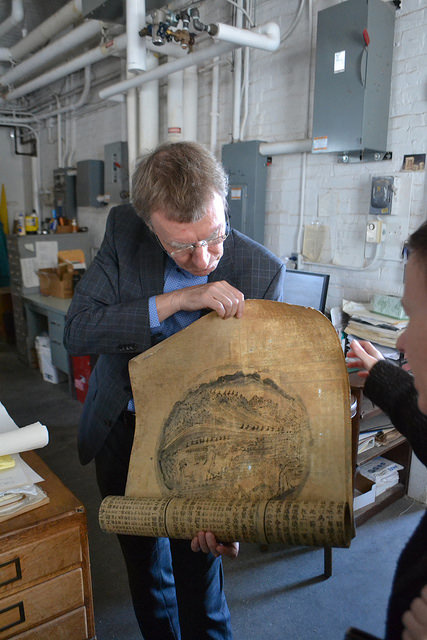 In 2017–18, Moreton and Dilley will work on a digital mapping project to represent and share the findings from the seminar.

For a full list of seminars and events, visit http://eurasianmss.lib.uiowa.edu/. 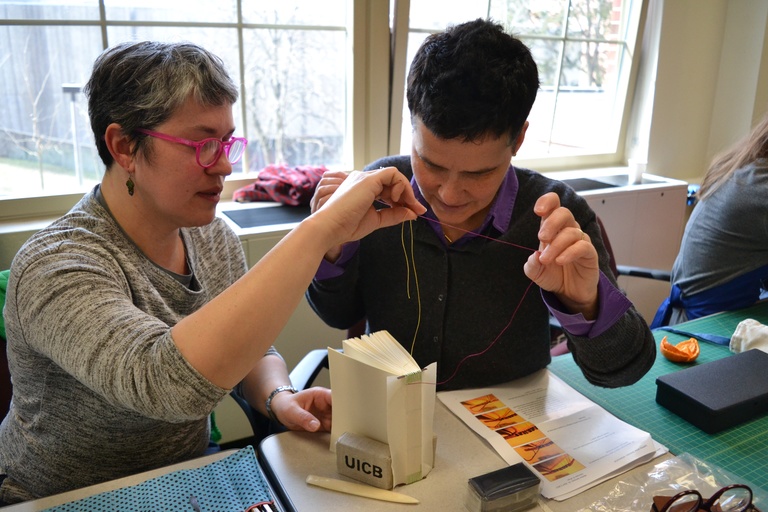 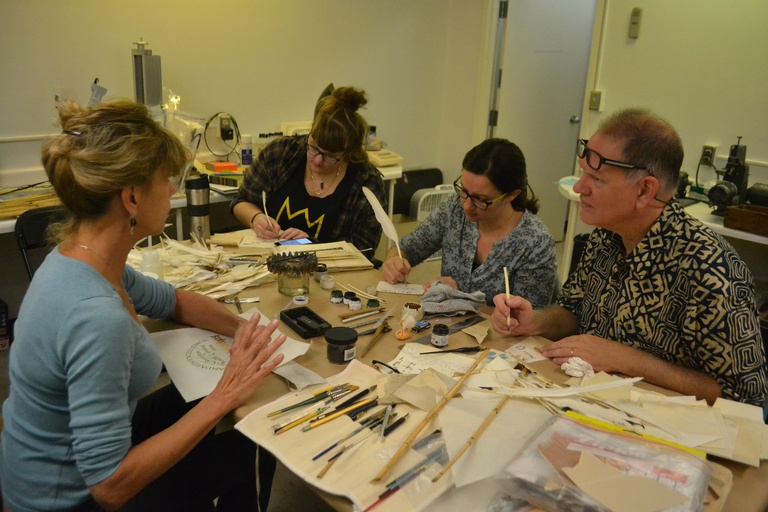 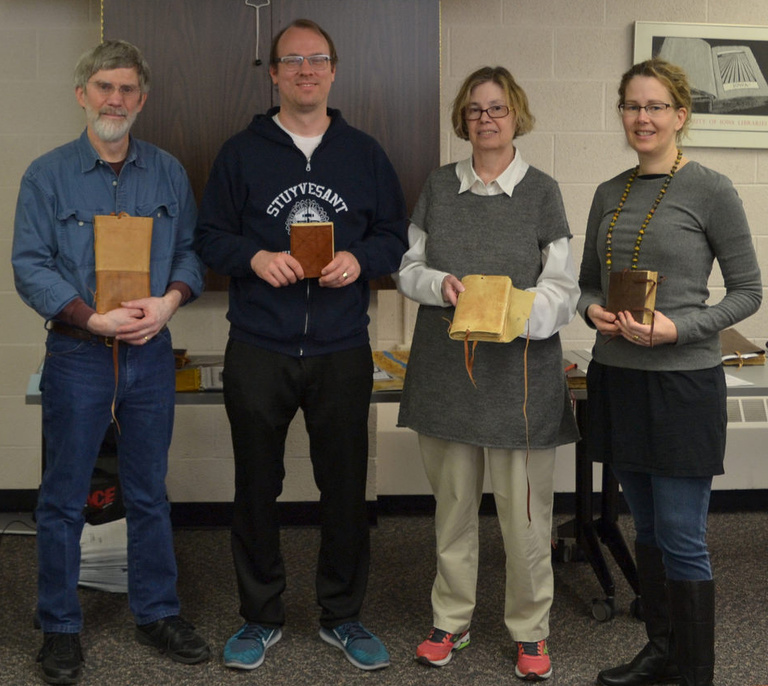 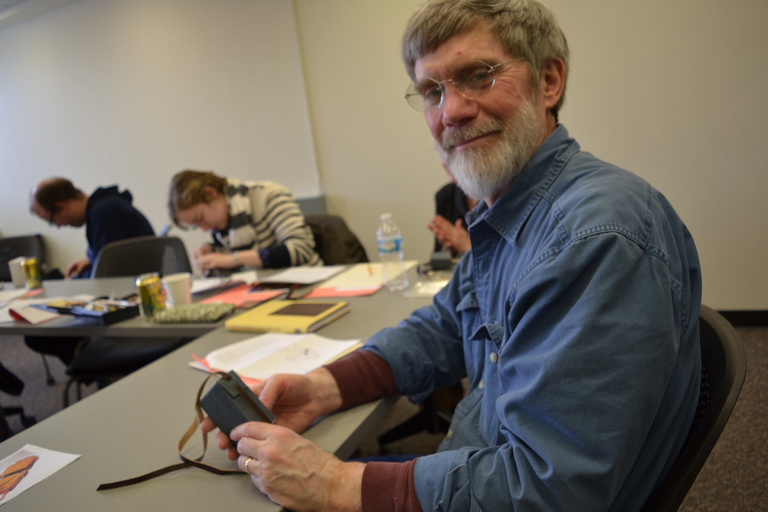 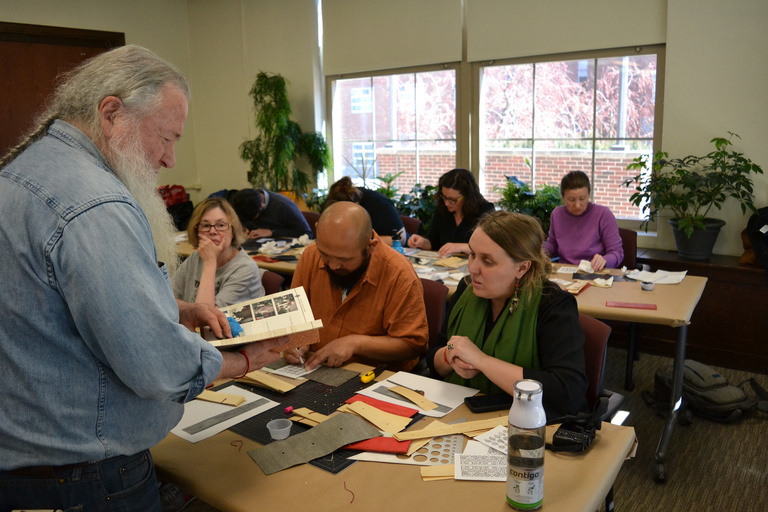