The Kindness of Strangers: Philosopher seeks to make caregiving disparities and their effects visible 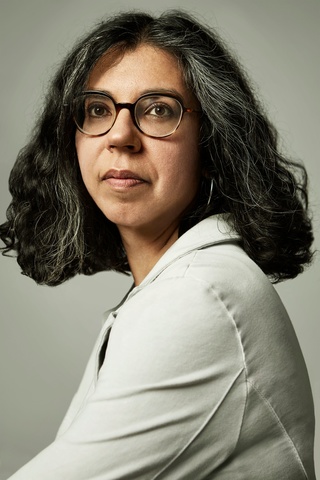 During the pandemic, many of us have relied on the kindness of strangers. The work of people we didn’t know—store clerks, nurses, childcare providers, delivery people, and warehouse workers—allowed many of us to stay home during the past year and a half. As in the case of Blanche DuBois—she of Streetcar Named Desire fame—this reliance may have helped us in the short run, but it’s not necessarily the best societal approach to receiving care. Frontline workers are inordinately female and people of color. Those whose work is most focused on caring for the dependent, such as the elderly, disabled, and very young, are largely women of color—the members of our society who provide the most care, while receiving the least.

Asha Bhandary (Philosophy, CLAS) is a political philosopher and feminist ethicist whose work is dedicated to developing a new form of liberal social contract theory that addresses the human need for dependency care. In her first book, Freedom to Care: Liberalism, Dependency Care, and Culture (Routledge, 2020), Bhandary addresses the injustice baked into our current caregiving arrangements. By naturalizing the belief that caretaking is a feminine role, while also devaluing the work of caretakers, we are mired in a system that accepts that some people will provide more care than others, and that some are more deserving of care.

“As we make this [disparity] visible,” says Bhandary, “we’ll need to radically transform society.” It’s this transformation toward an anti-racist society that the UI faculty member is exploring in a new book project, tentatively titled "Being at Home: Liberal Autonomy for an Unjust World." As a Fall 2021 Fellow-in-Residence at the Obermann Center, she is working on several chapters of this project.

The new book picks up an idea Bhandary developed in a late chapter of her earlier volume: the state of being at home—which, she argues, is denied many women of color. Bhandary understands “being at home” through the body, not as a physical structure: “We’re at ease when we’re at home. We can be at home in different places. When you’re in this space, you can access your core relationships and things you value.” It is in this space that one experiences autonomy.

The role of microagressions in accessing autonomy

Bhandary argues that this space is less accessible to marginalized people primarily because of microaggressions—indirect and subtle discriminations. These slights often arrive unpredictably, so that those who receive them with some frequency become conditioned to remain on the defense. This kind of hypervigilance negates the ease of home, causing both physical and emotional stress.

Much of western society is built on philosophical liberalism’s dedication to the rights of individuals to live as they wish and be their most authentic selves. This celebration of autonomy is key to our understanding of what it means to be American. But how can this be achieved if one is always on guard? Liberalism was developed by white men who received care—from wives, housekeepers, nannies, nurses, and others—but who did not have to reciprocate. The consequence of this, Bhandary writes, is that “the domain, scope, and value of autonomy are tainted by unjust caregiving arrangements, where these arrangements are predicated on women of color serving as caregivers to the world.”

Through a combination of personal narrative and philosophical analysis, she asserts “care as the first and most fundamental purpose of social cooperation.” The project continues and expands the arguments of her previous work and harkens back to Bhandary's graduate-school experience of reading Eva Kittay's Love’s Labor: Essays on Women, Equality, and Dependency (Routledge, 1999). In this feminist classic that has informed multiple disciplines, Kittay writes about her experiences caring for her disabled daughter in order to ponder whether Rawlsian liberalism can address dependency care. Bhandary became so focused on this philosophical puzzle herself that she cut short a spring break vacation to come home and work on it. Her eventual conclusion was that Rawlsian liberalism can address various forms of care, and that liberalism’s core values are better at addressing care than other ethical alternatives.

A new form of liberalism

Being at Home is nothing less than the next volume in Bhandary’s development of “a new form of liberalism, one that places the human need to receive care at its core, but that nonetheless prioritizes autonomy for individual lives.” Bhandary wants to show that although liberal society (with its “don’t tread on me” messaging) is riddled with inconsistencies, when the value of self-sovereignty is applied consistently, it requires constraints on bodily habits of whiteness. A system that rests on the premise that care is unnecessary for the survival of individuals and society at large is simply wrong. Until we all learn how to care for others (Bhandary suggests that caretaking should be part of school curricula beginning in the earliest grades), we cannot achieve a society in which all members experience autonomy. Or, using the metaphor of her new project, some people will feel at home much of the time and in most spaces, while others will rarely experience this ease.

“Those who receive care should be on the hook to give care,” she says. “The absence of reciprocity perpetuates white entitlement.” Pointing to non-western cultures in which care is a central expectation of a community, Bhandary notes that it’s not always a matter of giving back directly to the person from whom one received care, but rather that the recipient is expected and prepared to share this virtue with others.

Bhandary is working on several chapters and articles related to the book during her Obermann residency. The opportunity to workshop her writing with colleagues from different disciplines during the biweekly seminars in which the Fellows participate is an attraction of the program for her. Cross-disciplinary inquiry is key to the field of care theory and something on which Bhandary thrives. During the pandemic, she has participated in an international community of scholars who are working in the field and who come from law, political science, history, anthropology, and other areas—including two University of Iowa colleagues whose work Bhandary has come to know better through this group.

The pandemic opened the door for this kind of virtual discussion while also making care the subject of newspaper headlines and new books. We’ve all become much more aware of the networks of care that keep society afloat, something that makes Bhandary’s work more pressing than ever. “It hasn’t changed my arguments that we all need care,” she says of the pandemic. “Instead, care has come into the public consciousness in new ways, and made the work more immediate to broader audiences.”

Bhandary is eager to share her ideas well beyond the world of philosophy. She and three graduate students—Laura Brown, Jamie Ritzo, and Timothy Sommers—developed a digital game, “Surviving the Indifferents,” that serves as a teaching tool and conversation generator about cooperation and the issues of care central to Bhandary’s research. The group spent three years developing the game, which uses a science fiction premise to engage players in making decisions about how to tend to the differing needs of a stranded spaceship's crew. The goal of the game? Don't let anyone die.

Next week, on September 26, 2021, Bhandary is sharing her work at another public venue—Sidekick Books in University Heights. She is delighted that the store, which specializes in children’s literature, invited her: “People who work on transformative justice appreciate children because their imaginations can make us hopeful about the future. The imagination is essential to moving toward just caretaking.”