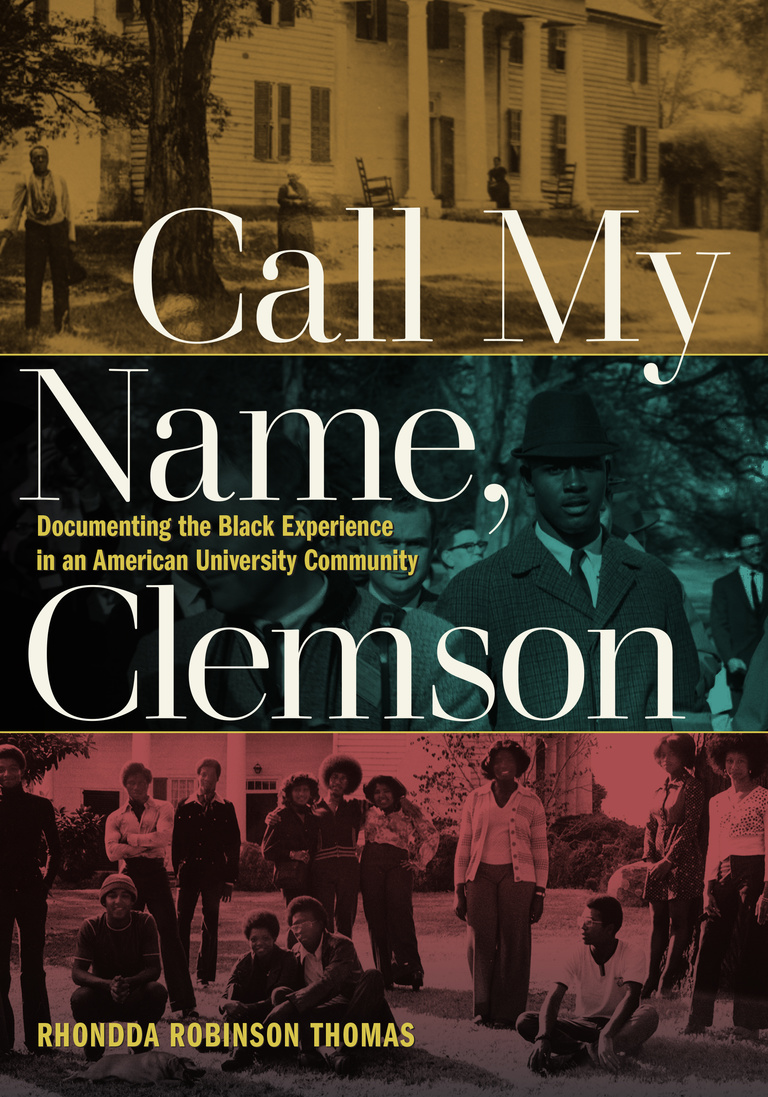 In the summer of 2007, a young scholar named Rhondda Robinson Thomas attended a new faculty orientation at Clemson University. Thomas was unfamiliar with Clemson, which is a public, land-grant research university in South Carolina, and was surprised to learn that the campus was built on the site of American statesman John C. Calhoun and Floride Calhoun’s Fort Hill Plantation. In fact, their home still sits in the middle of campus.

A professor of eighteenth- and nineteenth-century African American literature, Thomas’s curiosity about Clemson’s past became the focus of an ongoing, multi-year public history project. In a new book, Call My Name, Clemson: Documenting the Black Experience in an American University Community, Thomas shares the work of the project and its findings. Published by the University of Iowa Press, the book is the fifth in the Humanities and Public Life book series, co-edited by Teresa Mangum, director of the Obermann Center for Advanced Studies and professor of Gender, Women’s, and Sexuality Studies, and Anne Valk, Executive Director of the Center for Media and Learning/American Social History Project and professor of History at the City University of New York. 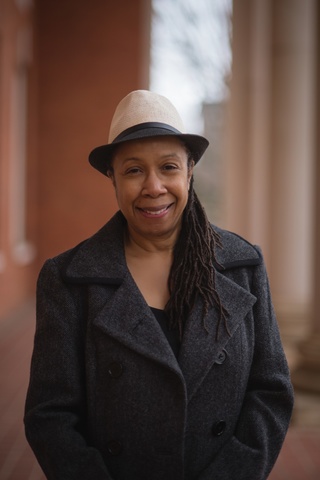 On Monday, November 30, from 4:00 to 5:30 PM CST, Thomas will be in conversation with Hilary Green, director of the Hallowed Grounds Project: Race, Slavery, and Memory and professor of History and Gender and Race Studies at the University of Alabama. They will be joined by three collaborators from the Call My Name project: Eric Young, a descendant of Thomas and Frances Fruster, enslaved persons who labored on the Fort Hill Plantation; Thomas Marshall, Clemson alumnus and Educational Policy Fellow of Color at the Intercultural Development Research Association in San Antonio; and Monica Williams-Hudgens, a community organizer and scholar of domestic violence and the granddaughter of South Carolina Senator Strom Thurmond. The event is free and open to all via Zoom [link removed].

They will share the work of this complex project to identify and tell the stories of the African Americans who played a pivotal role in building and sustaining the university, but who are largely omitted from its history. Drawing on the strengths of literary studies, historical and archival research, and the collecting of oral histories, the team of faculty, students, and community members have documented seven generations of Black people connected to Clemson’s history, including free Africans and enslaved persons of African descent; sharecroppers, tenant farmers, and servants; convicted laborers; wage workers and cooperative extension service employees; musicians; students, faculty, staff, and administrators; and twenty-first-century activists. Their work has helped the university to reexamine and reconceptualize the institution’s complete and complex story from the origins of its land as Cherokee territory to its transformation into an increasingly diverse higher-education institution in the twenty-first century.

At a moment when institutions of higher education are being asked to be more fully transparent about their origin stories, Thomas’s book paints scenes of communal history and conversation, student protests, white supremacist terrorism, and personal and institutional reckoning with Clemson’s past. Call My Name, Clemson helps us better understand the inextricable link between the history and legacies of slavery and the development of higher education institutions in America.

The project also presents an outstanding example of “public scholarship,” the focus of the book series. For scholars, the book offers an inspiring case study. For instructors of American literature and history as well as critical race studies, the book tells a gripping story that will help students to see the deep impact history exercises on the world around them. For classes, campuses, and communities examining their own complex histories, the book offers a road map.

This event is hosted by the Obermann Center for Advanced Studies, the University of Iowa Press, and Clemson University College of Architecture, Arts and Humanities.