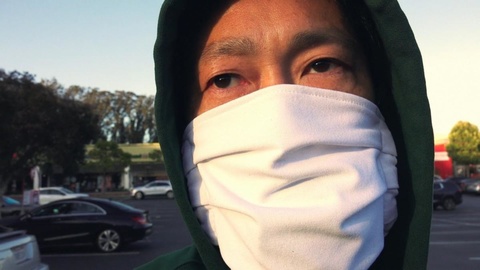 From Teresa Mangum, Director of the Obermann Center for Advanced Studies and Professor of Gender, Women’s, and Sexuality Studies and English:

As each of us ponders how to live and work in the face of growing challenges—from pandemics to racist violence to climate change—scholars and artists are reconsidering their research questions, expanding methodologies, and devising forms for varied audiences. This year, the Obermann Center is hosting a series of informal conversations on research. Artists, scholars, social scientists, and scientists will explore what, in this moment, research can be and can do.

After showing two of his video essays, Lee will be joined by three scholars who bring their own research interests to the conversation. They preview the conversation below by explaining what each finds so striking about Lee’s work. We look forward to continuing the conversation with you on September 23.

Kevin Lee’s video essay "Mourning with Minari" is a rich, thought-provoking, and inspiring piece of art. It invites us to consider the complex history and politics of gender, race, and class from the perspective of Korean/Asian American immigrants to the U.S. While Asian Americans have been lauded as the model minority, that attitude has long disguised unspeakable discrimination and violence directed at people of Asian descent. Lee points out uncomfortable truths and contradictions between what is idealized and what racial minorities actually experience. In the face of continuing antipathy and prejudice toward ethnic minorities, women, and low-paid laborers—whose lives are often invisible and whose voices are often ignored—the film, Minari, and Lee’s video essay show us their dreams, their suffering, their resilience, their wisdom, and their ingenious life politics.

From Jennifer Ho, Professor of Ethnic Studies, Director of the Center for the Humanities and Arts at the University of Colorado Boulder, and President of the Association of Asian American Studies:

My memory is faulty. I re-watched Kevin Lee’s video essay “Mourning with Minari” and didn’t remember that he wove in the Atlanta shootings of eight people, six of whom were Asian women, as a touchstone from which his video essay pivots. So, re-watching it, I was caught short by how he tries to see his life in the lives of the six women who were murdered. How could I have misremembered this video—or perhaps is it that I am so exhausted from talking about anti-Asian racism that what I wanted to take away from his work was something different than a focus on racism and violence? I lived and worked for 17 years in the U.S. South, and I teach Asian American studies and do workshops on anti-Asian racism. Watching the film Minari was refreshing for me because while I know anti-Asian racism is alive and well, I’m utterly drained by having to talk and teach about it. Watching Lee’s video essay “Mourning with Minari” made me want to engage in a different set of questions about the U.S. South and the place of Asian Americans in that landscape and our relationship to the mythic American Dream. But the reason it is a myth is that there is violence at the root of this dream—the violence of white supremacy.

From Corey K. Creekmur, Associate Professor in the Departments of Cinematic Arts; English; and Gender, Women’s, and Sexuality Studies, University of Iowa:

Kevin B. Lee’s prolific career to date has already pioneered, established, revised, and questioned the video essay as a critical and creative form. Working with sound and image to explore and historicize sound and image, Lee has been at the cutting-edge of new media ever since we began to call it “new media.” Along the way, he’s made the case for rethinking the “essay” itself as a genre of creative non-fiction, but always with an acknowledgement of its literary, pre-cinematic roots. Most of his work in this form has taken contemporary cinema (ranging widely from Hollywood blockbusters to international art cinema) as its focus, but in some of his most powerful recent work, he has explored the joy and pain of the Asian American experience, including the attendant risks of autobiography and memoir. In such cases, however, Lee continues to locate his own history in wider contexts and cultural frames, navigating the personal and political with amazing resonance and nuance, often in works of admirable concision and precision.

Join us Thursday, Sept. 23 7:00–8:30 pm CST / 6:00-7:30 pm MST on Zoom as we talk with filmmaker, film critic, and producer of over 350 video essays, Kevin B. Lee, Locarno Film Festival Professor for the Future of Cinema and Audiovisual Arts at Università della Svizzera Italiana.

Under the leadership of Professor Hyaeweol Choi and the Korean Studies Research Network (KoRN), we reached out to departments and units across our own campus and to friends at the Center for Humanities & the Arts at the University of Colorado Boulder to help us bring a diverse community together for this event. Warm thanks to Professor Choi, KoRN, and the Korea Foundation for funding this event, to the University of Colorado Boulder's Center for Humanities & the Arts for collaborating with us, and to UI departments and units that have especially welcomed their communities to join us for this event, including—