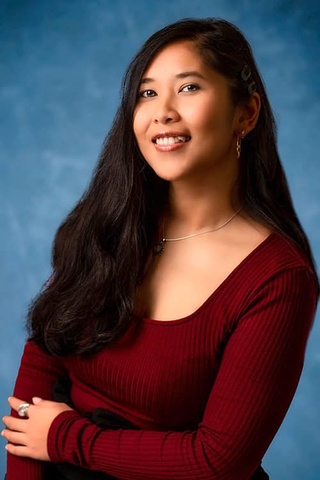 Bethanny Sudibyo (Spanish & Portuguese, CLAS) won the 2021 Obermann Humanities 3MT for her presentation “Imperial Imaginings: Representations of Religion, Race, and Gender in 19th-Century Spanish Philippine Novels.” Sudibyo's win earned her a place in the campus-wide 3MT finals, the winner of which will be announced on November 12.

We asked her about her 3MT journey.

Q: Why did you decide to participate?

A: I’ve seen the 3MT since the first year of my PhD studies, and I’ve known a few people who’ve done it. It’s such a fun way to present research and learn about other people’s work. During the Humanities 3MT, I was in the Zoom chat privately exchanging messages with people whose work I want to learn more about.

I also participated because I find it hard to explain my work to my family, so this is now my go-to way to explain it!

Q: That’s funny! What do you find challenging about explaining your work to your family and friends?

A: First of all, a lot of people just don’t really understand what happens in graduate school. I always want to help people understand why my research matters, as compared to, say, other people who are doing work in STEM, which always seems more impactful. I know that I shouldn’t dismiss the relevancy of my research, so [the 3MT] helped me think about why this literature matters.

Q: What did you learn about yourself as a researcher from doing this?

A: As a PhD student who is transitioning from student to job candidate, I had to position myself as a researcher and not just a student. I had to be able to present with confidence—as though to say, yes, I am an expert in this field.

Q: How did you prepare for the Humanities 3MT?

A: I have to give a shout-out to the workshops that the Graduate College offered. I attended the first one about creating an elevator pitch, which was where I learned to be engaging. Another one really helped me to figure out my slide, which changed a lot.

I practiced in front of people who aren’t in grad school, and friends who are in other departments. I wanted to know what wasn’t making sense to them.