In 1909, the composer Arnold Schoenberg wrote to a friend, “My music must be short. Concise! In two notes, not built, but ‘expressed.’ And the result is, I hope, without stylized and sterilized drawn-out sentiment.” This call to simplification marked the beginning of a two-year period of radically unconventional music, even compared with his earlier nontonal music.

This period was in some respects an especially fertile time in Schoenberg’s career. He was painting and exhibiting his work, corresponding with the artist Wassily Kandinsky, and writing his Theory of Harmony. But his demand for concision and honesty also brought him to a creative crisis, in the midst of which he composed the Sechs Kleine Klavierstücke (Six Little Piano Pieces), op. 19, averaging just under a minute each. In fact, Schoenberg composed almost no pieces between the end of 1909 and early 1912, making them all the more intriguing and significant. 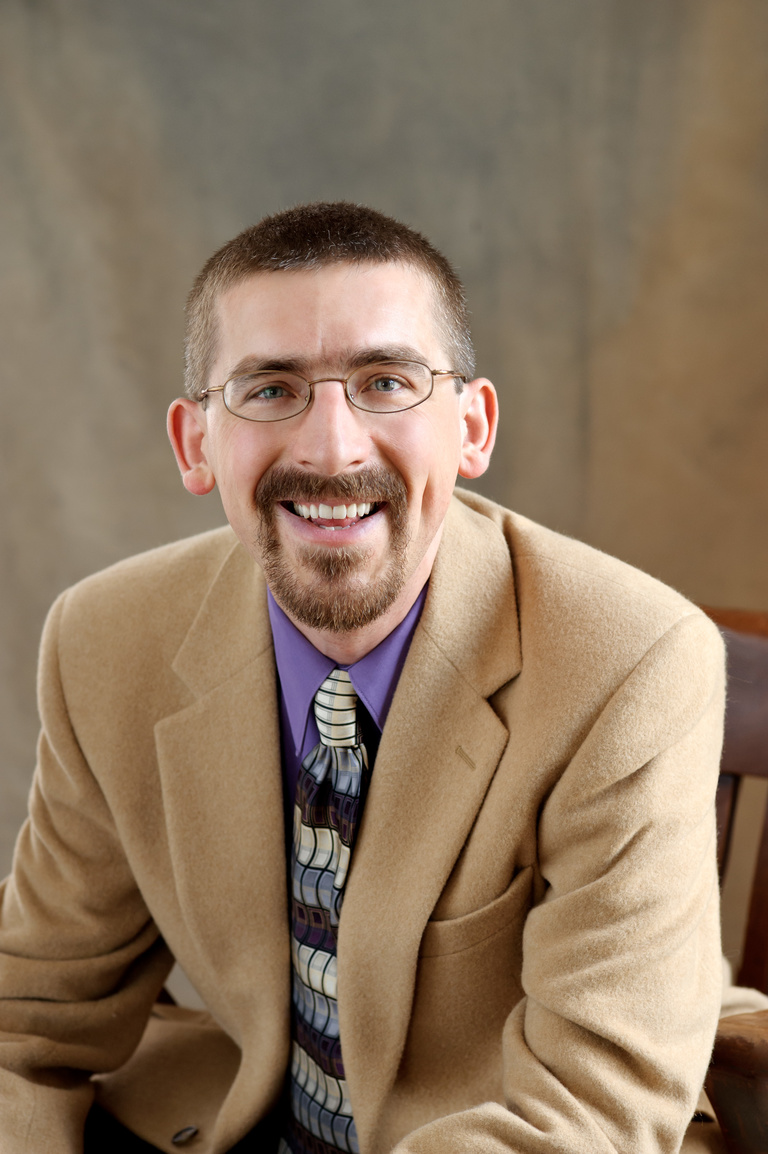 According to Matthew Arndt (left), Fall 2014 Obermann Fellow-in-Residence and Assistant Professor of Music, these pieces have been a source of fascination for musicians for years. Arndt has developed a new analytical method for studying Schoenberg’s music, which he believes sheds new light on this work.

“The Six Little Piano Pieces have been in the center of the modern canon and have been extensively analyzed,” Arndt says, “but others have underestimated the significance of Schoenberg’s own writings in interpreting his music, especially this work.”

During his residency, Arndt worked on a book project that looks at the writings and music of both Schoenberg and Heinrich Schenker. He is particularly interested in elucidating the commonality between the two hugely influential musicians of the twentieth century, as opposed to the long-held vision of the two men as generally diametrically opposed.

“Schoenberg’s and Schenker’s musical thought revolves around a conception of the tone as an ideal sound and the genius composer as the one who liberates the tone, himself, and mankind,” explains Arndt. “These shared conceptions inform their music-making and vice versa, but with opposite results.”

On one hand, Schenker is disturbed by the “iconoclastic tendencies” of such music and stops composing, staking out a reactionary aesthetic and theoretical position, while Schoenberg follows these tendencies to the nth degree, reaching what Arndt calls “a terrifying point” in the Six Little Piano Pieces. “There is literally a single moment where all meaning is obliterated, before he begins changing course (still in the Six Little Piano Pieces), and he comes to stake out a kind of messianic avant-garde position,” Arndt says.

Six Little Piano Pieces Will Be Performed May 9

In order to share the significance of this work, Arndt has organized a performance by French-Austrian pianist Michel Benhaïem on Saturday, May 9, at 4:00 pm in Riverside Recital Hall (405 N. Riverside Dr.). In addition to the Six Little Piano Pieces, Benhaïem will play Beethoven’s Six Bagatelles, op. 126 (a predecessor of the Schoenberg), and Viktor Ullmann’s Variations and Double Fugue on a Theme by Schoenberg, op. 3a, based on the fourth piece.

Also on the docket will be a dance to the pieces, choreographed by Charlotte Adams (Dance, CLAS) and featuring three members of the touring ensemble, Dancers in Company, Blake Boseneilor, Korinne Fangman, and Kalyn Sankey. Additionally, students from Robyn Schiff’s (English, CLAS) seminar on writing responses to pieces of art have contributed writings about the pieces, which will be woven into the performance. Each student is writing a poem in response to the Six Little Piano Pieces. Schiff says, “The nature of the response is open ended, and they will differ in form and intention, as each student brings his or her own interests to the project.” The assignment comes after a semester of participating in the ekphrastic tradition by reading poems that engage the visual arts on many different levels, and responding creatively, in their own poems, to objects in the UI museum collection and to films.

Despite having spent more than a decade studying and playing the Six Little Piano Pieces, Arndt continues to be enthralled by them. “They are miniature, fast-forward dramas, and they afford the opportunity for artists and listeners to delve into the pit of the self and its deepest yearnings,” he says. “They include the saddest piece in the world (at least my world), which is no. 5, and Michel Benhaïem’s playing makes it even sadder than I thought.”