The stoplight has just turned red. Your cell phone is sitting on the seat next to you, and it vibrated a few blocks back. Should you pick it up and check it? Could this be considered distracted driving, even though the car isn’t moving?

Without a doubt, says Shaun Vecera (Psychological & Brain Sciences, CLAS), a current Obermann Fellow-in-Residence who is studying individuals prone to risky driving and ways to help them pay greater attention. “When you move from one task to another,” explains Vecera, “it takes energy. Your response time is slower when you’ve just done something else, which is why if you’ve checked your phone at a red light, it still affects your driving ability.”

From lab to legislation 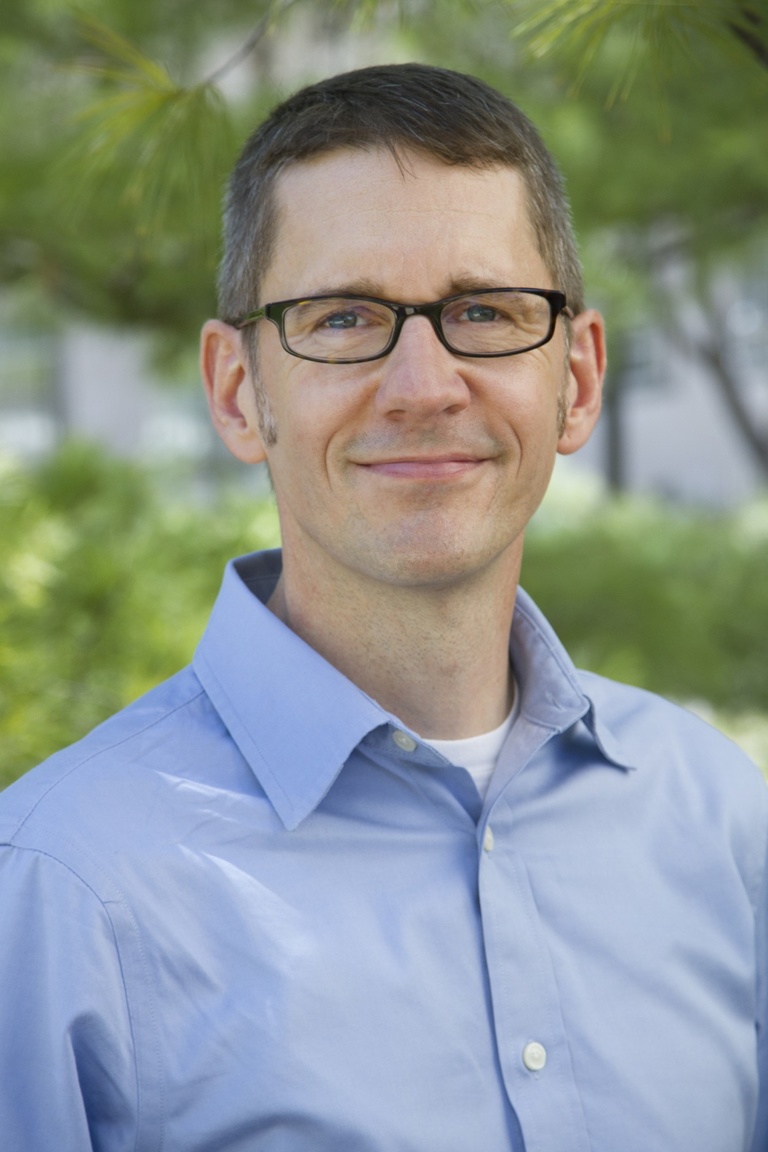 Vecera’s overarching work attempts to understand the basic yet complex mechanisms of attention and perception. An example of his lab’s ongoing work pertains to situations in which we are distracted by items that are completely irrelevant to our ongoing behavior.

For his current study, “Cognition in the Car: Attention, Distractibility, and Driving Performance,” he has partnered with Professor David Strayer at the University of Utah, an internationally known cognitive scientist with an established record of applying basic research on visual attention to topics in driving and driving safety. Strayer was one of the first researchers to report that a cell phone task impaired simple behaviors necessary for driving, such as manually tracking a visual target on a monitor, a behavior analogous to maintaining one’s lane position while driving. Not surprisingly, Strayer’s work, which has direct applicability to car and road engineering as well as policymaking, has received funding from insurance companies and AAA, the motor club.

Vecera and Strayer’s current project occurs against the backdrop of legislation passed in the Iowa Senate in January to toughen the state’s ban on texting while driving. Iowa is one of a small number of states in which texting while driving is not a primary offense. Although it is currently prohibited, law enforcement officers can only ticket a driver for texting if he or she has committed another offense, such as speeding or running a red light; they cannot ticket a driver whom they simply see texting.

Although most states allow for hands-free cellular communication while driving, Vecera points out that “hands-free” is not a solution. “The bigger problem is coming from inside the person,” he says. “The distraction arises from something happening in the driver’s head.” Which is why studies conducted with driving simulators almost always use hands-free cellular communication to show that the physical device is but a fraction of the problem.

The real issue, Vecera explains, is that we are expected to attend to the phone conversation whether or not our hands are involved, as the person on the other end cannot see the environment in which we are driving. Whereas a fellow passenger with whom we are engaged in conversation will naturally pause when we’re engaged in difficult traffic or heavy weather, or will even help us to recognize a danger, such as an animal on the roadway, the person on the other end of a cellular conversation, not involved in this environment, will continue to talk and expect a reply.

Many of us desire to believe that we can effectively “multitask,” or perform more than one task at once. Existing research about media multitasking is informing to Vecera’s current study. People who engage in such multitasking—for instance, responding to e-mails and texts while watching television—are more distractible than those who do not.

“You might think that these people’s ability to control cognition—to switch between two alternating tasks—would be better,” says Vecera, “but it’s not. In fact, they have a harder time because when you engage in a lot of media multitasking, you are letting yourself be controlled by devices as opposed to making a choice.”

We don’t know, however, why some people tend to engage in this kind of multitasking more often than others. Are some people more sensation-seeking and have a greater need for stimulation? Measuring various characteristics of research participants to identify those who are prone to differing degrees of multitasking and also individual differences in self-regulation is the initial part of the study.

Vecera and Strayer will then extend these findings about attention and self-control to a simulated driving environment.

There are many elements that need tending to in a driving environment. The rearview mirror, side mirrors, speedometer, and, of course, the front windshield all need regular attention. We also need to keep returning our attention to these places, even if we didn’t see anything worrisome during our last cycle of looking.

But this isn’t always easy. “Inhibition of return” is an attentional phenomenon that slows our return to a previously attended location as opposed to a previously unattended location. Vecera’s example of this comes from a benign daily task: hunting for a bottle of ketchup in a messy fridge. Once we’ve looked on the top shelf next to the yogurt and don’t see the ketchup, explains Vecera, we establish a sort of “block” around that space to keep us from returning to it. Called an “inhibitory tag,” this phenomenon might help us to search for a lost item more efficiently, but it can also, as in the case of driving, make us lazy about returning our attention to the rearview mirror.

This semester, Vecera and Strayer are establishing the parameters of their study and recruiting research participants. The outcomes of the study will produce results important not only for researchers but also for policymakers, such as state legislators, and industry professionals. Vecera, who has already made one appearance testifying before the Iowa Senate Transportation Committee, is pleased to share his work with the interdisciplinary group of Obermann Fellows-in-Residence, whose current fields include English, history, bookmaking, and fiction writing.

“We faculty tend to retreat to our areas,” says Vecera, who spent his first Career Development Award as a Fellow-in-Residence at the Obermann Center when it was situated on the Oakdale campus. He enjoys the interdisciplinary environment at Obermann. As he looks forward to communicating his work with a wider public audience, he values the opportunity to learn from his peers in other disciplines. They might help prevent him from becoming blind to his own disciplinary inhibitions!