Surveying the Effects of Political Corruption

Americans may feel they are living in an era of unprecedented political corruption. Just weeks ago, President Trump pardoned eleven people, many of whose convictions included bribery, tax fraud, and the sale of a public office. In the whirl of daily headlines, it can be easy to forget that corruption is nearly as old as democracy itself, with the ancient Greeks and Romans providing many examples of poor political behavior. Now, scholars are asking how corrupt practices, which can include nepotism, electoral interference, kickbacks, and bribery, affect democracy. And as we understand the connections and effects better, can we make policy and funding decisions that bolster democracy and hinder corruption? 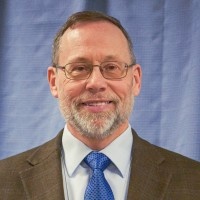 "Corruption is a very big area of study now," says William Reisinger, Professor of Political Science and Spring 2020 Obermann Fellow-in-Residence. “Every area of the social sciences is looking at it.” The wave of work can be traced back to the 1990s, when international agencies that were focused on economic development in poorer countries realized that much of their funding was being lost to corruption. Understanding how corruption harms societies became a priority for them, spurring scholars, especially those engaged in the study of institutions, the law, the state, and civil society, to give the topic more attention. Research has been further boosted by new techniques for studying corruption, including the use of experiments, whether in a lab, via the internet, or through surveys.

The latter is the main tool for Reisinger’s book project, which he is co-authoring with Marina Zaloznaya, University of Iowa Associate Professor of Sociology. The two are weaving analyses and insights from other social science disciplines into a project that uses data from surveys completed in 2015 and 2018 in Russia, Ukraine, Georgia, and China. Their goal is to improve understanding of how corruption in a society affects the public’s support for its political leaders and institutions. Reisinger and Zaloznaya are particularly interested in the effects of petty corruption, which differs from the so-called grand corruption that splashes across newspapers in the West and involves high-ranking officials and large sums of money. Petty corruption is the insistence by officials on small amounts to help grease the wheels of bureaucracy; it is the ad nauseam need to pay a bit to make a minor traffic infraction go away, or to do a favor to help secure a license to rehab a house. It appears in many guises, the totality of which can wear down people's confidence in government.

This kind of daily corruption is much less common in the U.S. than it is in some parts of the world. As Reisinger notes, while we may not be happy to wait an hour to get a new driver’s license, it doesn’t occur to us to bribe the clerk in order to move up in line. But this is often “business as usual” in some of the countries he and Zaloznaya are surveying. Over time, such petty corruption erodes citizens’ confidence in and support for the government. “Even autocracies that employ substantial repression must cultivate some level of public support,” Reisinger writes.

The survey results, which the pair are analyzing along with Reisinger’s Political Science colleague Vicki Hesli Claypool, suggest that when petty corruption is initiated by a citizen, he or she experiences a sense of power, a sort of self-satisfaction in outwitting the system. But when a favor of any kind is initiated by a public official, a citizen can become resentful; he or she no longer feels clever, but instead feels burdened by unjust demands. The surveys, which were conducted by established political polling companies in Russia, Ukraine, Georgia, and China, and with whom the scholars worked to ensure the best wording and practices, were “designed to measure the distinct facets of corruption and political support separately so [the scholars] can assess their impacts, as well as ample information about each respondent’s background and life situation.” For example, the surveys take into account socioeconomic status, whether the respondent lives in an area affected by war (since war leads to a rise in corruption), family status, religious belief, and media usage.

How does corruption appear in different countries?

Of interest to the team is the difference in the types of political regimes represented in the surveys. China’s version of authoritarianism rests on officials being loyal to the Communist Party and demonstrating public support for the Party, while Russia’s revolves around loyalty to the top leader and his public popularity. Georgia and Ukraine are fledgling democracies. These differences are baked into the surveys themselves. The polling firm in China prohibited questions directly related to respondents’ opinions about China’s leaders, while the Russian firm allowed the scholars to ask about respondents' views of Putin. This kind of governmental control is reflected in people’s views of corruption—and not always in expected ways.

Reisinger notes that while Russians who have experienced petty corruption seem, in the aggregate, to have a less positive view of the central government, this is not as true in China. “The Chinese leadership is very good at blaming local officials,” he says. “Instead of taking responsibility, the national government pins a problem on a mayor, say, and then finds a way to appear to come to the rescue.”

Reisinger hopes that the project, which has funding from the U.S. Department of Defense, will ultimately impact public policy and funding decisions. He believes that the team’s core findings “have the potential to influence theoretical thinking in the field of political science on a core question: What influences people to grant legitimacy to the rules and institutions that govern them?”

A story of exception

One story central to any current conversation about political corruption is that of Georgia. Beginning in 2004, then President Mikheil Saakashvili led a campaign against street-level corruption. The most fraudulent public agencies, including the police, were targeted for massive change. Officers were fired en masse and forced to reapply, with only those who had clean records rehired and issued newly designed uniforms that visually signaled change. The efforts worked so well that even when a rival party came to power, the new approach stuck.

Many attempts to clean up corruption, notes Reisinger, are mere lip service to gain political favor. If anything is actually done to make good on promises, it quickly dissolves when a new leader takes control. However, Georgia, which was not long ago considered one of the most corrupt parts of the former Soviet Union, is now highly regarded by the business and NGO sectors. “They were very savvy,” notes Reisinger. “Saakashvili had a good sense of what gets funded by the World Bank and other major aid organizations.”

Reisinger has the benefit of a long lens when it comes to observing shifts in some of the countries that are part of the book project. His first trip to the then-Soviet Union was in 1983, and he’s returned every few years since, allowing him a snapshot view of the area’s transformation. Although the region hasn’t democratized in the way that many had hoped, there is certainly a dramatic difference in how people interact, how they dress, and other cultural signifiers. Although things may look different, Reisinger says that relations between Russians and Americans are currently quite strained.

Ripples of anti-democratic practice in the U.S.

Reisinger can also see the echo effect of what is now occurring on the U.S. political stage. In most of the countries that he is studying, as well as in other autocracies or emerging democracies around the world, there are usually some very vocal opponents to democracy. “Their governments [or other popular opponents] are telling people that democracy is a sham. When the political class in the U.S. ignores the rule of law, it means that the people who were trying to have faith in democracy now wonder if their government’s anti-democracy propaganda is correct.”

Reisinger and his colleagues have already completed preliminary analyses of the surveys and written several articles. This semester, Reisinger is revising previously developed material for inclusion in the book and writing new chapters needed to complete the manuscript. He hopes to seek feedback on draft chapters over the summer and have a prospectus prepared for presses by the fall.