The bungalow has long seemed an ideal home. It is moderate in scale, built with deep porches or verandas that both invite time outdoors and seem to welcome neighborly visits. Even the word “bungalow” conjures up such coziness that a trendy house-sharing app borrowed it for its name. In 20th-century literature and film, however, the bungalow is frequently the site of scandal and violence, which, says Mary Lou Emery (Emerita, English), exposes the paradoxes between the bungalow’s “ideal vision of home” and its troubled, imperialist origins.

In her new book, Bungalow Modernity: A Study of Twentieth Century Fictions of Home (McFarland, 2020), Emery explores this global house design, which has been adopted by populations on every continent across four centuries, through the lens of literature. Emery, whose research explores intersections between Modernist Studies and Caribbean Literatures, worked on the book as a Fall 2014 Obermann Fellow-in-Residence. Via her research on the contributions of Caribbean writers and artists to the transcultural modernism of the early and mid-twentieth century, she became focused on the plantation. “Caribbean writers have long analyzed [the plantation] as the foundation for paradoxical modernity,” Emery says. “I discovered that bungalows were transported to house plantation managers all over the world.  They provided material support to British colonialism, plantation slavery in the Americas, and settlement on Native American land.” 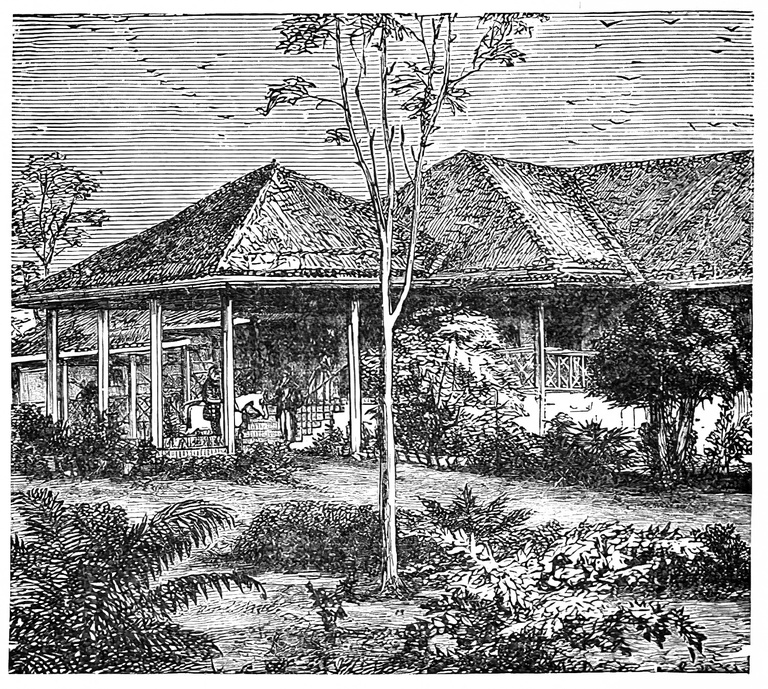 The banggolo was the creation of Bengali peasants. Shaped like an overturned ship with bamboo-and-mud walls and a curved, thatched roof reaching almost to the ground, they were built in rural areas to protect inhabitants from the extremes of the tropical climate. British traders first encountered banggolos in the mid-17th while exploring the Indian interior and soon adopted the style for their own colonial residences—choosing this more private home style over the communal residences more common to Indian towns and villages. The Anglo-Indian bungalow subsequently included features of English cottage and, later, of neo-classical designs; its materials changed too, often in response to colonialist fears of revolt.

As it migrated across the globe, the architectural style hybridized further, remixing materials, designs, and cultural priorities from new cultures and climates. Bungalow kits were transported to British colonies as housing for managers of various plantations, including sugar and tea. Some colonial bungalows were so enormous—usually containing fruit and vegetable gardens—that they necessitated an entourage of servants drawn from the local population. Only in early 20th-century America did the bungalow’s footprint shrink, as companies began designing “practical bungalows” for the expanding middle class.

“Embedded in its design and material structure,” Emery writes, “are centuries of transcultural encounters, epic migrations, enslaved indentured labor, expatriation and exile, as well as upward mobility through home ownership.” The conflict built into the bungalow—“in which an expanding democracy stands on imperialist ventures and colonialist settlements”—is central to the literary works on which Emery focuses. Drawing on authors of high modernism, such as E. M. Forster and Virginia Woolf; more popular writers, such as H.G. Wells and Raymond Chandler; and the films of Buster Keaton, she traces a thread of disdain and ambiguity toward the seemingly benign structure. Whether poking fun at this mass-produced house (Sears and Roebuck offered kits in the 1920s), or using them as settings for violent crimes, the works Emery explores suggest provide “a case study in modernity as multiple, conflicted, relational, and transcultural.”

The bungalow’s history thus illuminates important paradoxes of modernity. What appears most settled, the home, rests on centuries of migration through imperial expansion, colonial occupation, and return. What appears a national or regional icon—the English seaside bungalow, the “quintessential American house,” or the Prairie School—is built on transnational and cross-cultural encounters. 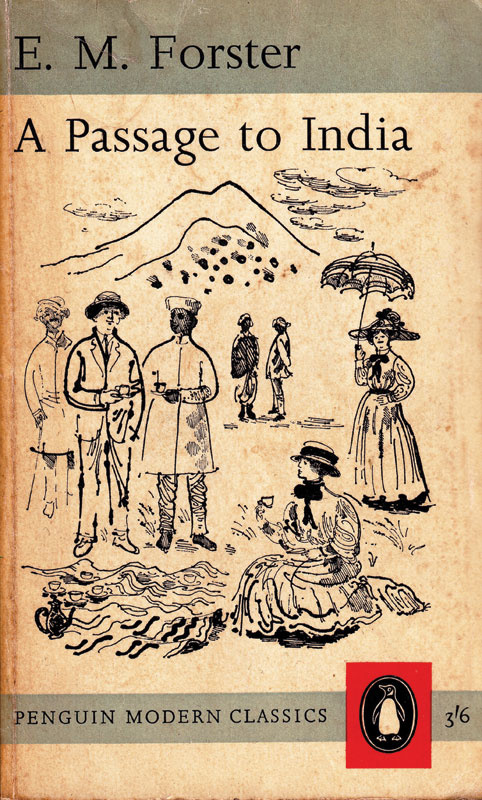 Emery analyzes numerous 20th-century novels set in British colonial India whose bungalows expose and interrogate White colonizers’ fears of racial mixing and revolt. The protagonist in George Orwell’s Burmese Days, for instance, commits suicide in his bungalow, overcome with disgust for his cross-racial sexual encounters, which also occur in the structure. A young Englishwoman in E. M. Forster’s A Passage to India falsely accuses a Muslim doctor of molesting her in an ancient cave described in the novel as very similar to a bungalow. Amitav Ghosh likewise situates sexual transgression and assault in a “Malaysian” plantation bungalow in his historical novel The Glass Palace. In these and other texts, writes Emery, the bungalow is a common site where “colonial relations form and fall apart.”

She goes on to examine the history and cultural significance of the veranda—a key feature of the bungalow and a “threshold space where disparate worlds collide”—noting that captive laborers were often surveilled from colonial verandas and built the plantation houses on which they first appeared. She cites several examples of modernist texts that employ multiple framing narratives, “stories told on a veranda about [violent] events that took place on other verandas.”

Emery then explores the sense of the uncanny that haunts the bungalow in modernist fiction. The uncanny—the psychological experience of the familiar becoming strange—is a defining characteristic of modernist literature and is a reaction, some theorists say, to the widespread condition of exile and estrangement following World War I. As modernist authors frequently use the uncanny to bridge the disconnect between characters’ psyches and their material surroundings, the 20th-century bungalow, a popular vacation-home style “soaked in centuries of sweated labor”—is a ready setting for this action. In novels by Sinclair Lewis, F. Scott Fitzgerald, Carolyne Keene, and Willa Cather, the bungalow is a frequent site of mysteries and doublings, suggesting “stories glimpsed but not fully told.” Cather’s The Professor’s House is particularly concerned with American identity and authenticity, asking “who can authentically claim a home in an America shadowed by troubling stories of ‘discovery,’ acquisition, and betrayal?”—speaking both of bungalows and of homes situated on Native American land, decorated with Native artifacts.

Further chapters explore how popular novelists responded to “bungalow fever,” or the spread of bungalows in early 20th century America, and the role bungalows played in racializing the geography of U.S. cities—California, in particular. Despite the bungalow’s advertised promise of democracy, ease, and prosperity, large tracts of suburban bungalows in Los Angeles were designated “whites only” in the 1930s. Writes Emery,

No wonder newly arrived writers such as Cain, Chandler, and later, Ross Macdonald, chose the bungalow as setting for some of their most grotesque crimes and for the hard-edged voices of their narrators. Nothing was as it seemed in Depression-era Los Angeles, and the bungalow offered a perfect example of the dream gone awry.

In the Mix at Obermann

Emery, whose research draws upon a wide range of disciplines, found her time at Obermann particularly productive. In addition to being a Fellow-in-Residence, she was an early member of the Circulating Cultures Working Group. Both programs, she says, gave her access to interdisciplinary discussion that enriched not just her book manuscript but also her scholarly practice. “Learning to clarify terms and concepts to make my work more readable to a wider audience”—i.e., one that doesn’t necessarily share her critical vocabulary—“was very important to me,” she notes.

“The working group gave me the opportunity to exchange ideas and work-in-progress with a lively group of scholars from different disciplines, including history, film, comparative literature, francophone studies, anthropology, art history—and to see how these different disciplines addressed issues common to all. Several of us were working on topics of material culture and also of space,” she recalls, noting that these discussions led her to consider the impact of phenomenology on architectural theory, which ended up informing much of her work on bungalows.

The Art of Joinings

Emery, who now lives in Portland, Oregon, after retiring from the University of Iowa in 2016, notes that moving to the west coast while working on the book helped her to “make connections between the bungalow’s history and the current crisis of homelessness, which is so painfully and visibly present on the west coast.” The crisis is especially pointed now, during the pandemic, with more than 180,000 people living on the streets of California, Oregon, and Washington cities. In her book’s conclusion, Emery sketches out some of those connections, as well as the ways in which literary and film portrayals of the bungalow can offer new, more equitable visions of home.

Even though many fictional bungalows “self-destruct in violence and murder,” they “insist on recognizing the pain or the wounds of what has been forgotten,” Emery writes. And precisely because they remember that pain, they allow for a “critically aware nostalgia” on part of the characters—many of whom experience profound transformations as they realize the interconnectedness of seemingly disparate people, places, and times—and for ourselves, as both readers and postmodern world citizens.

The bungalow experienced a revival in late 20th-century America, a time of extreme dislocation for the American workforce and widespread poverty and homelessness. People wanted to return to—in Emery’s words—“an imagined past in which life was simpler, families more stable, home more permanent.” It’s a desire in many ways still with us in 2020.

With its deliberately exposed rafters, beams, and joists (what architectural critic Kenneth Frampton calls “the art of joinings”) and its careful juxtaposition of building materials, the bungalow can be thought of as an exercise in remembering—where its materials came from, how and by what bodies it was built. And as an architectural metaphor, says Emery, it can expose “the interconnections of imperialism and democracy that have joined homelessness with home, dispossession with property, the stranger with the self.” Whether we live in bungalows ourselves, visit them on vacation, or read about them—we’d be wise to heed their lessons.