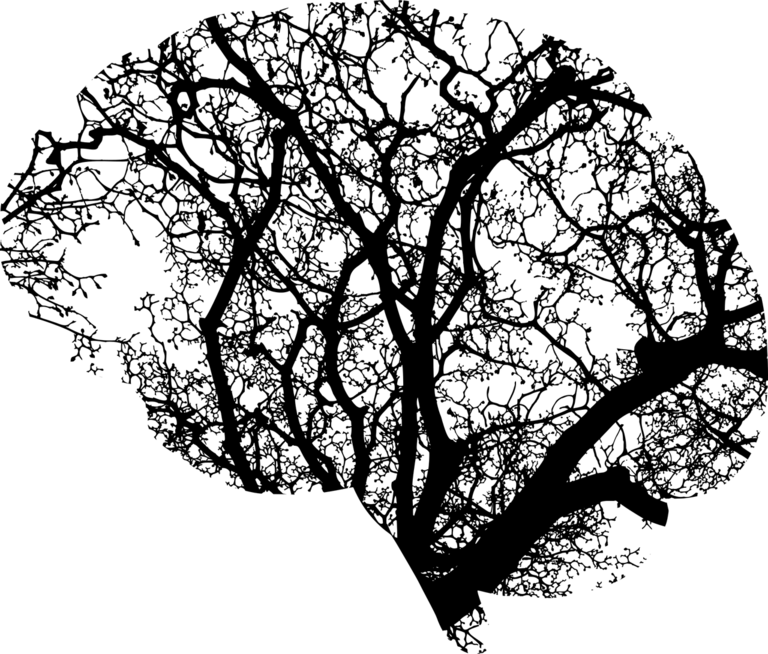 Math, for Rodica Curtu, is a balm. In high school, when she’d get a headache, she’d sit down and solve math problems—“The opposite of what my friends would do!” she laughs. Now, as a professor in the Department of Mathematics (CLAS) and a member of the Iowa Neuroscience Institute, she uses mathematical analysis to help find treatments for people with debilitating brain disorders—specifically, disorders that alter people’s perceptions of time.

How long do you think it’s been since you started reading this article? One minute? Two? If you suffer from Parkinson’s, schizophrenia, or ADHD, you might struggle with this question—or, for that matter, with any activity that requires you to judge how much time has passed since a given event and act accordingly. Activities like driving, cooking, crossing the street—anything that depends on the planning of movements in time—can be difficult and potentially dangerous for people with conditions that disrupt medial prefrontal cortex, the area of the brain that orchestrates behavior in time.

Rodica Curtu spent her Fall 2020 Obermann Fellow-in-Residency analyzing behavioral data collected by Kumar Narayanan’s Neurology Lab from rodent experiments on how the brain evaluates the passage of time. “At some point, a researcher collects so much data that [s/he] needs more organized direction about what to look for and what’s most important, since there are so many questions involved,” she says. In this case, Narayanan’s lab had collected and published a lot of behavioral and neural data from both mice and humans that needed additional analysis and modeling—Curtu’s specialty. “Kumar asked if I was interested in collaborating, and I said ‘absolutely, yes!’” One particular set of experiments, detailed below, investigated the effect of dopamine, a key neurotransmitter, on mice’s ability to time their movements. Curtu’s task is to study the data and come up with a model that predicts how dopamine affects key neural networks in the prefrontal cortex as the mice estimate time.

For the experiments, Narayanan and his team trained mice in an interval-timing task to respond to a stimulus after several seconds; if the mice waited the correct amount of time before responding, they received a treat. (Note that all procedures were approved by the UI Office of the Institutional Animal Care and Use Committee.) The researchers then increased or decreased the level of dopamine in the mice’s brains and observed the animals’ resulting behavior and neural responses (recorded via electrodes). Dr. Narayanan and his team have extensive data documenting that manipulating dopamine impairs animals’ neuronal encoding of time as well as their ability to estimate time.

“I always like to go to the lab and see the experiment myself,” Curtu says, and regrets that she hasn’t been able to see this experiment in-person due to COVID restrictions. Narayanan has been sending her video recordings of the mice’s behavior, though, and their labs meet weekly on Zoom.

Though she’s a mathematician at heart, Curtu—a native of Romania, an international powerhouse in math and science education—has long been interested in human physiology; in fact, she almost attended medical school despite her math professors’ protests. When she applied to graduate school, she looked for PhD programs with a specialty in mathematical biology and found one she loved at the University of Pittsburgh. That’s where she began to learn about the many biological applications of math. “I realized that you can actually use math to answer some difficult but very interesting and important questions,” she says—and from that point on, she pursued opportunities to interact with real-world neuronal data. A postdoctoral program at NYU’s Center for Neural Science allowed her to do this, as well as to practice constructing mathematical models.

When she applied for a faculty position at the University of Iowa, Curtu sought out conversations with researchers outside of the math department, in Psychological & Brain Sciences and Neurology. “I was so impressed that they were willing to meet with me and describe their research,” she recalls. In 2007, she joined the UI Math faculty and began collaborating with the Department of Psychological & Brain Sciences and the DeLTA Center. Then, in a subsequent collaboration with Kirill Nourski from the Department of Neurosurgery, she began analyzing behavioral and neuronal data from epileptic patients. This was a watershed experience for her—“It was the first time I had access to a human brain!” she recalls.

On teamwork and gathering

“To tackle complex problems, we need experts in different areas working together. That’s what they’re doing in industry,” she says—but it’s not yet a common practice in academia. Still, she’s optimistic: “If we encourage more scientists to see and think in this [interdisciplinary, open-to-learn] way, more will become enthusiastic about working in teams.”

There are obstacles, of course—logistical issues like finding time for everyone to meet, as well as emotional issues that surface when people step out of their comfort zones (e.g., their academic specialties). You have to be patient, you have to think creatively, and most of all, says Curtu, “you have to be open to learn and adapt for the problem that you’re trying to solve.” Curtu says she often has to learn new skills from different fields—one day, statistics; the next, signal processing. It’s not easy, never comfortable, but she’s always up to the challenge—partly because she’s Rodica Curtu, ever curious and eager to learn, but also because she hopes that her contributions to neuroscience may one day improve people’s lives.

After she creates a model to predict how different levels of dopamine will affect a mouse’s estimation of time, Curtu and Narayanan plan to submit a grant application to the NSF-NIH Collaborative Research in Computational Neuroscience program, as well as present their findings to the Iowa Neuroscience Institute and at national and international conferences. Ultimately, the team hopes to collect and analyze enough data to be able to suggest a pharmacological intervention that helps people with Parkinson’s, schizophrenia, ADHD, and related disorders better evaluate time intervals.

“From my point of view,” Curtu says, “people at the University of Iowa are really interested in and open to interdisciplinary collaboration. I’ve always been able to find someone interested in working with me.” But between teaching and research, faculty rarely have time to come together and have the long, exploratory conversations necessary to begin interdisciplinary collaborations. Curtu appreciates that the Obermann Center provided the time, resources, and encouragement for her collaboration with Narayanan’s Lab. She’s grateful, too, for the Fellows’ biweekly seminars, which allowed her to practice translating her work to a more general audience. “It’s a very good skill to develop,” she says. “I’ve done it often in my work, and now I’m even able to talk to my [non-math/non-biology] friends about my research.” Listening to her fellow scholars present on their work—everything from law to writing pedagogy—also brought her “out of the trenches” of her own research and made her think about her work from different perspectives.

She’s excited to think about what a truly interdisciplinary campus might look like, where interdisciplinarity is supported by institutional policies that govern, for instance, faculty appointments, recruitment, and promotion. In Curtu’s words, “Who knows what collaborations are possible?”