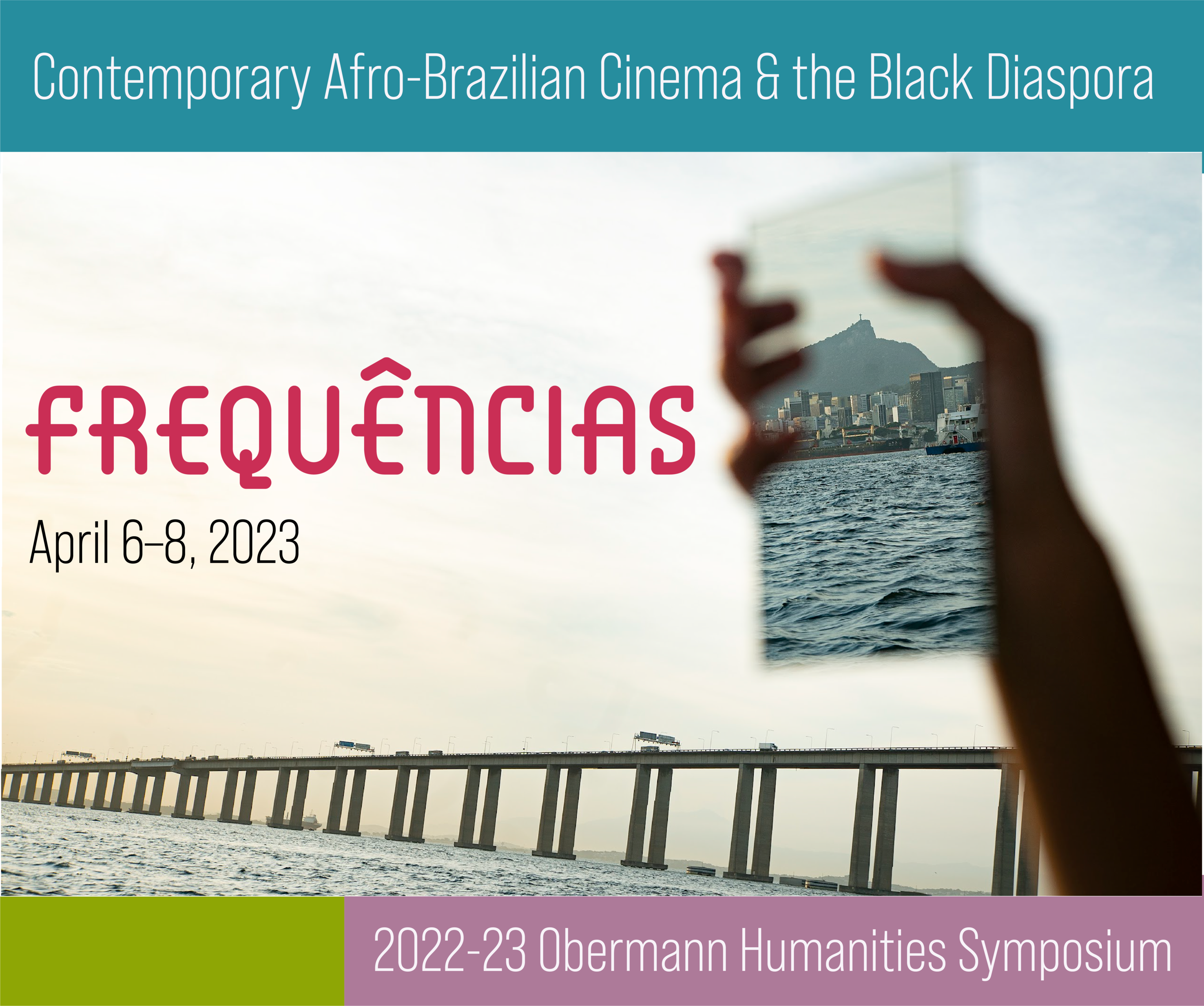 “Attending to frequency is, at its core, a practice of attunement—an attunement to waves, rhythms, and cycles of return that create new formations and new points of departure.”
—Tina M. Campt

Taking Brazil’s new Black cinema as its point of departure, Frequências: Contemporary Afro-Brazilian Cinema & the Black Diaspora brings together filmmakers, artists, scholars, and critics from across the globe in order to inaugurate a practice of collective attunement. How can we best attune ourselves to the waves set in motion by this new cinema? How does Brazil’s current Black cinema resonate within contemporary aesthetic practices of the Black diaspora in Africa, the Caribbean, North America and Europe? In what ways do these new formations of global cinemas refract our understanding of the post-colonial and of diaspora?

Organized by Christopher Harris (Cinematic Arts) with partnership from Brazilian film scholar, programmer, and teacher Janaína Oliveira and Cristiane Lira (University of Georgia), this symposium will feature the emerging wave of young Afro-Brazilian filmmakers, curators, programmers, and scholars whose art and scholarship have already had an impact on the international cinema.