Professor Foreman's research focuses on issues of race, slavery, and reform in the 19th century and considers how the past continues to shape our present. She is the Ned B. Allen Professor of English and Professor of History and Black American Studies at the University of Delaware. 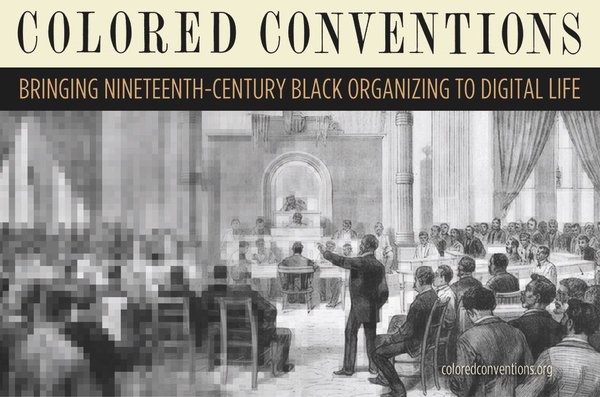 Foreman is the founding faculty director of the Colored Conventions Project. Since 2012, the Project has made digitally available six decades of Black political organizing that overlapped with and was obscured by the abolitionist movement. She is currently working on a co-edited volume (with her graduate students), Colored Conventions in the Nineteenth-Century and the Digital Age, linked to digital exhibits for the public, which will be featured on the web site. The project has involved over 1,000 students across the country in undergraduate research through a curriculum adopted by national teaching partners. An award-winning teacher and scholar, Foreman translated her research into a performance piece used in classrooms across the country through collaborations with poets, choreographers and composers.

Foreman's publications include Activist Sentiments: Reading Black Women in the Nineteenth Century, a Penguin edition of Our Nig: or, Sketches from the Life of a Free Black by Harriet Wilson, and a book-in-progress, The Art of DisMemory: Historicizing Slavery in Poetry, Print, and Material Culture. Foreman co-directs an NEH Next Generation PhD grant that blends academic and museum training for graduate students of color. Her 2013 state-of-the-field essay argues that even as African American studies courses proliferate, fewer African Americans are pursuing humanities degrees and calls for universities, and calls for leading repositories and professional organizations to find ways to address this challenge.

About the COLORED CONVENTIONS PROJECT

In the decades preceding the Civil War, free and fugitive Blacks gathered in state and national conventions to advocate for justice as Black rights were constricting across the country. ColoredConventions.org recovers and shares information about delegates and associated women whose civic engagement, political organizing and publications have long been forgotten. The Colored Conventions Project, which features graduate students as leaders across its committees, has been covered in the New York Times and was selected as an NEH Digital Humanities grant winner.

"The Colored Conventions Project seeks to better understand not only those male delegates explicitly mentioned in the minutes of the conventions, but also the women who made this century-long rights struggle possible," writes John Rosinbum in on the American Historical Society's online blog, AHA Today. "It does this through an unprecedented effort to digitize, transcribe, and interpret newspapers, petitions, conference proceedings, and any other records that documented these conventions. By democratizing the process of recording, interpreting, and disseminating historical knowledge on this understudied portion of American history, the Colored Convention Project aims to make scholars, students, and the public a part of the effort to better understand and remember the past."

For more than half a century, nineteenth-century Black Americans advocated for justice in state and national “Colored Conventions.” Why is such a continuous history of Black-led organizing and protest, one that features the most prominent writers, newspaper editors, speakers, church leaders, educators and entrepreneurs in the canon of early African American leadership known to so few? This talk by the faculty director of the Colored Conventions Project outlines the collective digital humanities work that has made the records and history of this movement freely available. It examines 19th century collective assertions for freedom and elucidates convention participants collective will to make real the self-evident: that Black education, Black voting and legal rights, Black employment, and Black claims to equal rights mattered then as they do now.

Professor Foreman will discuss the digital Colored Conventions Project, including valuable teaching resources and public engagement methods in this trans-disciplinary workshop open to graduate students, junior faculty, and others. The workshop will include a short presentation on what ColoredConventions.org does and does not do, how we might incorporate it into teaching, and align it with our research. Professor Foreman will then lead a conversation about ways to use these materials and to advocate for digital projects in both undergraduate and graduate curricula. As part of the conversation, she will discuss way that graduate students and junior faculty in the humanities, in particular, can make digital humanities work legible on the job market and for tenure and promotion.