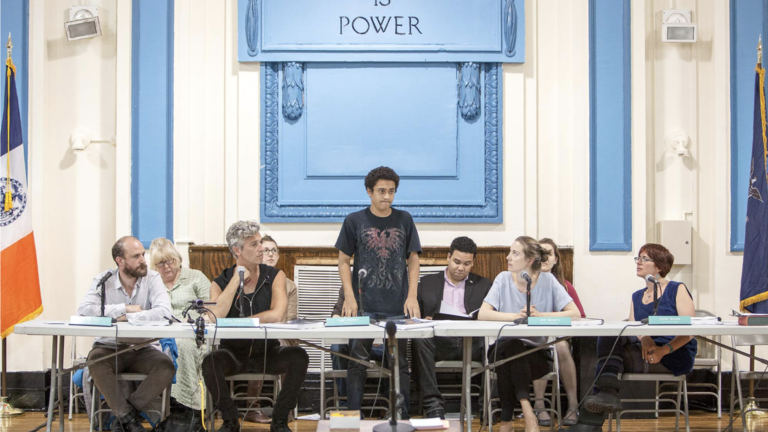 The City We Make Together — New book explores civic engagement

Wednesday, September 28, 2022
Written by
Jennifer New
You walk into a space for a performance—not a theater, per se, but a gym or a ballroom—and find two rows of chairs with an aisle down the middle. Up front, a long table is set with name tags, microphones, and a folder in front of each space. Cameras are trained on the table, and large monitors on either side of the room broadcast what they capture along with captions. A microphone is positioned toward the front of what could be called the audience side of the room, while an American flag is posted behind the table.

This is the set of City Council Meeting, a performance that occurred in five U.S. cities (Houston, San Francisco, New York City, Keene, and Tempe) in the mid-aughts. It is the focus of a new book, The City We Make Together: City Council Meeting’s Primer for Participation in the Humanities and Public Life series, a collaboration between the Obermann Center and the University of Iowa Press. Written by two of the core theater makers behind the piece, Mallory Catlett and Aaron Landsman, the book also serves as a prelude and additional tool for a curriculum that is being created as an extension of the production. 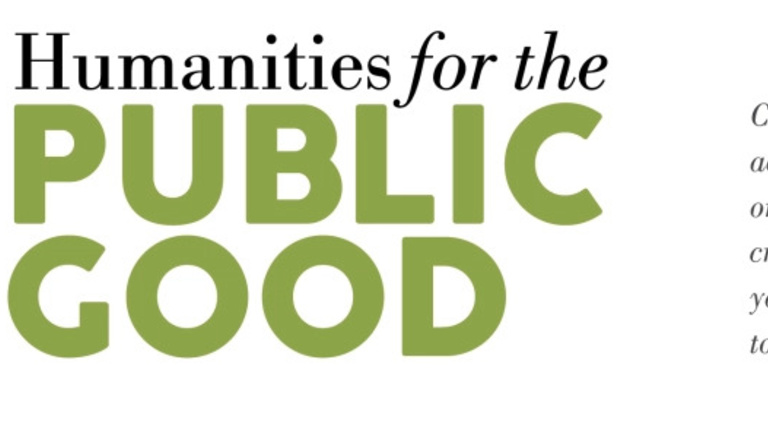 Monday, September 26, 2022
During the past several years, nearly a hundred faculty, staff, and graduate students have been part of the transformational work of the Mellon Foundation-funded Humanities for the Public Good (HPG). Together, we developed an appreciation for the value of incremental changes. Through a series of HPG course mini-grants, we invited faculty to find discipline-appropriate ways to integrate HPG values and practices, asking each awardee: How can we prepare students to use humanistic methods and mindsets and a commitment to social justice to position themselves for success in diverse careers?” Many faculty members who took advantage of the mini-grants were rethinking introduction to graduate studies courses in their departments. 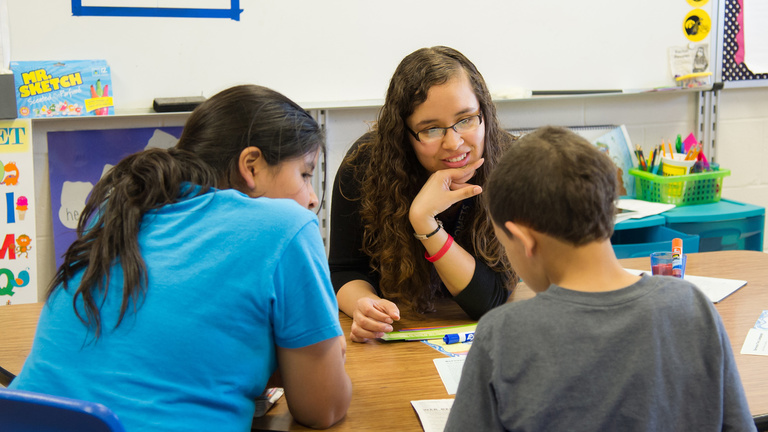 Thursday, September 8, 2022
Written by
Jennifer New
Two Obermann Center–affiliated scholars have been awarded one of the largest amounts ever granted to a humanities project at the University of Iowa. Aron Aji, director of the MFA in Literary Translation, and Pam Wesely, an associate dean in the College of Education and professor of multilingual education, are the PIs for a Department of Education grant that totals more than $1 million. Aji co-directs the Obermann Working Group Translation across the Humanities and Wesely was a 2018 Fellow-in-Residence.

The four-year grant will allow the UI to launch a new National Resource Center (NRC) to advance translation and global literacy skills for K-16 students and educators, graduate students, and established scholars. It joins an elite group of NRCs at universities across the country and becomes the only one focused on translation. NRCs are language and area or international studies centers that serve as national resources for teaching any modern foreign language. 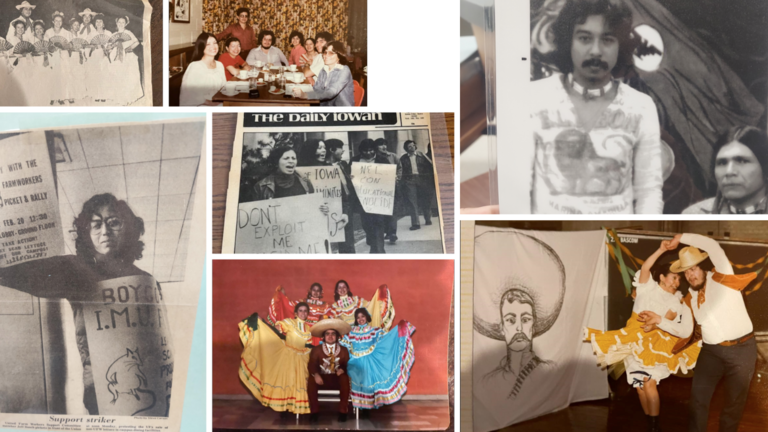 Friday, September 2, 2022
For Maria Leonor Márquez Ponce, a Humanities for the Public Good internship at the University of Iowa Libraries’ Special Collections and Archives is more than a summer gig—it’s also a way to connect with her own past and to find inspiration for her future. “Sometimes looking back at history can surprise you. You learn so much and you are inspired by it,” Márquez Ponce shared. Considering that she never believed that a college degree would be attainable for her, much less a PhD, she has found a deep connection to this project and the people whose stories she is sharing.
Monthly Archive