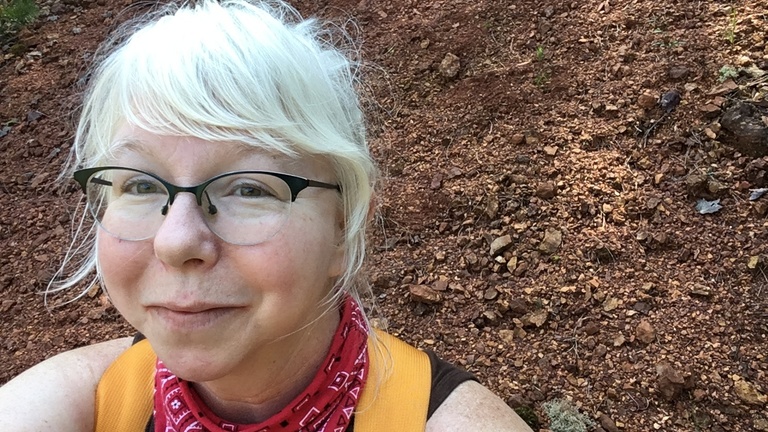 Searching for Red with Margaret Beck

Tuesday, October 19, 2021
An anthropological archaeologist, Margaret Beck is continually searching—sometimes physically, for artifacts or geological samples, but always intellectually—to understand how people once lived, how they prepared and served food, taught and learned craftwork, used local resources, moved within their landscapes, and spread their traditions. Currently, she’s studying red-painted archeological ceramics and iron-rich geological samples to discover how Native peoples created and applied the color red in the central United States. The answers aren't always easy to find centuries later. 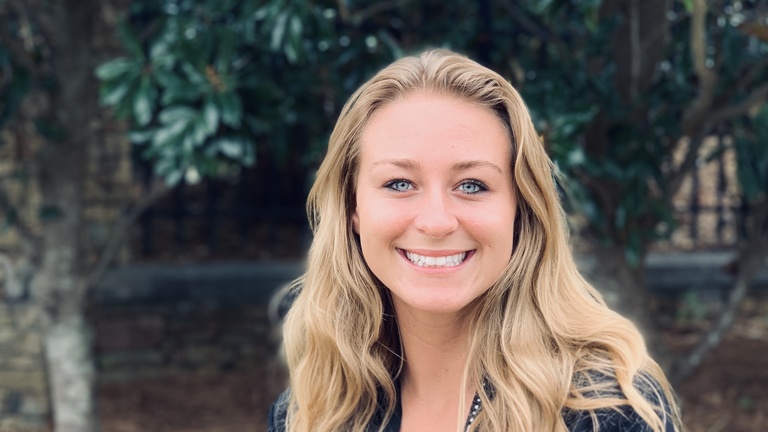 Monday, October 18, 2021
Hannah Baysinger had forty-eight hours to leave Paraguay. She had been in the South American country as a Peace Corps volunteer for just six months when the pandemic forced her and other volunteers to leave at the end of March 2020. “I was on the last commercial flight out of Paraguay, and one of the last out of South America,” says Baysinger of the sudden departure she made from a place she intended to call home for two years. 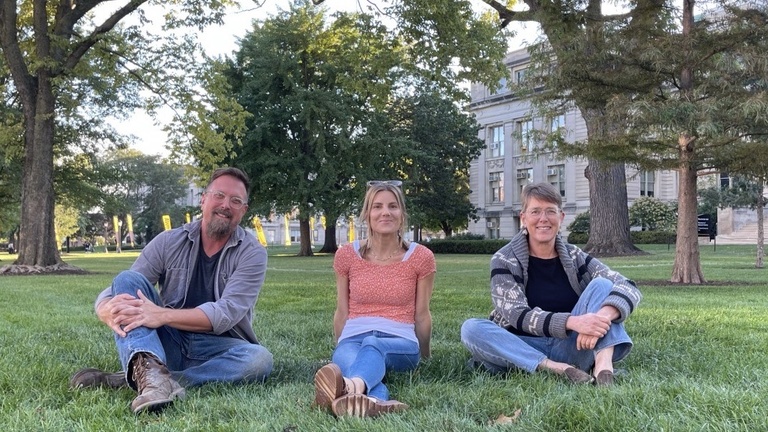 Monday, October 11, 2021
On February 23, 1944, a 15-year-old girl gazed from an attic window at the topmost branches of a tree. The tree had become a sort of friend to her, a reminder of life beyond the small space to which she was confined and one of the few things she could see from the only window that was not blacked out. In her diary that day, she wrote, “I look up at the blue sky and the bare chestnut tree, on whose branches little raindrops shine, appearing like silver, and at the seagulls and other birds as they glide on the wind. As long as this exists…and I may live to see it, this sunshine, these cloudless skies, while this lasts, I cannot be unhappy.” Those words represent the hope that has made their author, Anne Frank, one of the major figures of World War II and a ubiquitous symbol of optimism in the face of unthinkable darkness.

On April 29, 2022, the thirteenth Anne Frank Tree will be planted on the northeast corner of the University of Iowa’s Pentacrest. Its arrival is due to the work of Frank scholar and UI German Department faculty member Dr. Kirsten Kumpf Baele. Her proposal to bring a tree to Iowa City was accepted a year and a half ago by the Anne Frank Center USA; however, the pandemic postponed the original planting ceremony, which is now slated for April 29, 2022. 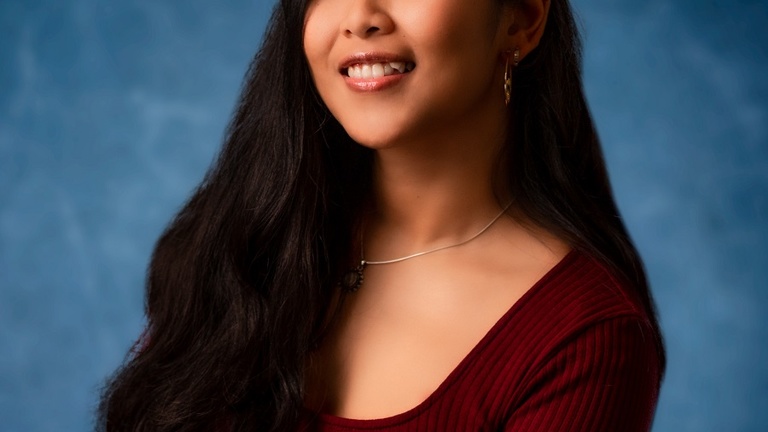 Monday, October 11, 2021
Bethanny Sudibyo (Spanish & Portuguese, CLAS) won the 2021 Obermann Humanities 3MT for her presentation “Imperial Imaginings: Representations of Religion, Race, and Gender in 19th-Century Spanish Philippine Novels.” Sudibyo's win earned her a place in the campus-wide 3MT finals, the winner of which will be announced on November 12. 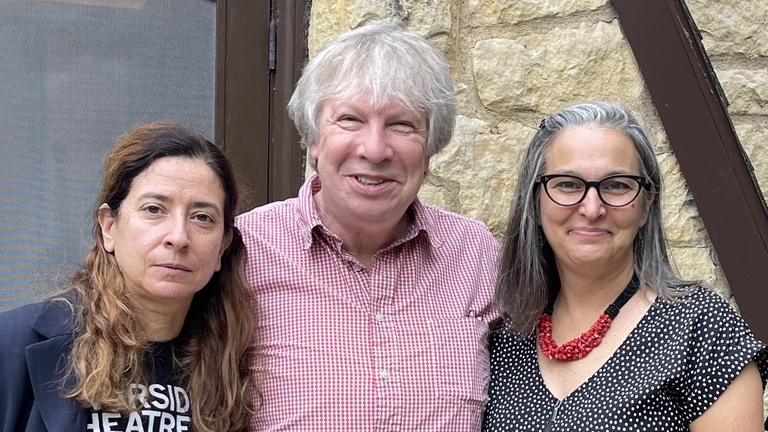 Wednesday, October 6, 2021
https://clas.uiowa.edu/deos/mailing/october-06-2021/mellon-sawyer-seminar-unive…
The University of Iowa Obermann Center for Advanced Studies in the Office of the Vice President for Research is pleased to announce the award of a grant totaling $225,000 from The Andrew W. Mellon Foundation to host a Mellon Sawyer Seminar on “Racial Reckoning and Social Justice Through Comics” at the University across the academic year 2022-23. 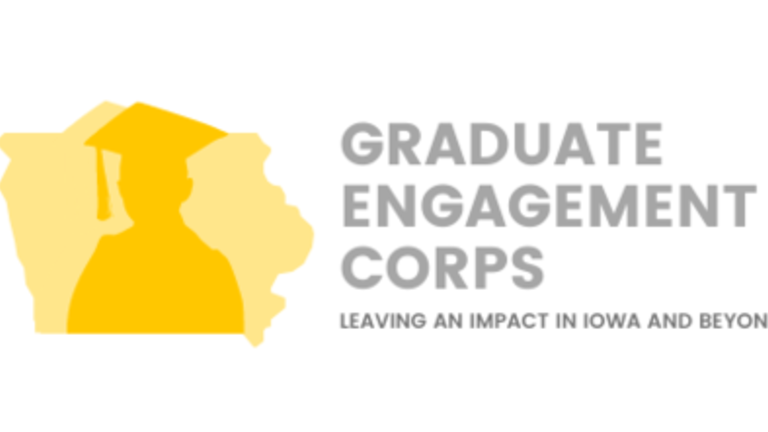 Friday, October 1, 2021
The Obermann Graduate Institute on Engagement and the Academy was started fourteen years ago at a time when public engagement was not a well-known practice on university campuses. More than 200 University of Iowa graduate students have participated in this program, many of them going on to lead or participate in community engaged projects. We count the alumni of this program as friends, many of whom have shared with us the exciting work they are doing in other locales—including in Philadelphia, the Black Hills, and Boulder—and with other organizations, such as NPR, the National Park Service, and our own Center for Teaching. The Institute has also had 11 faculty co-directors who have shared their expertise from fields as disparate as dance and engineering, and with project expertise that ranges from working with incarcerated populations to directing a camp for deaf teens.
Monthly Archive